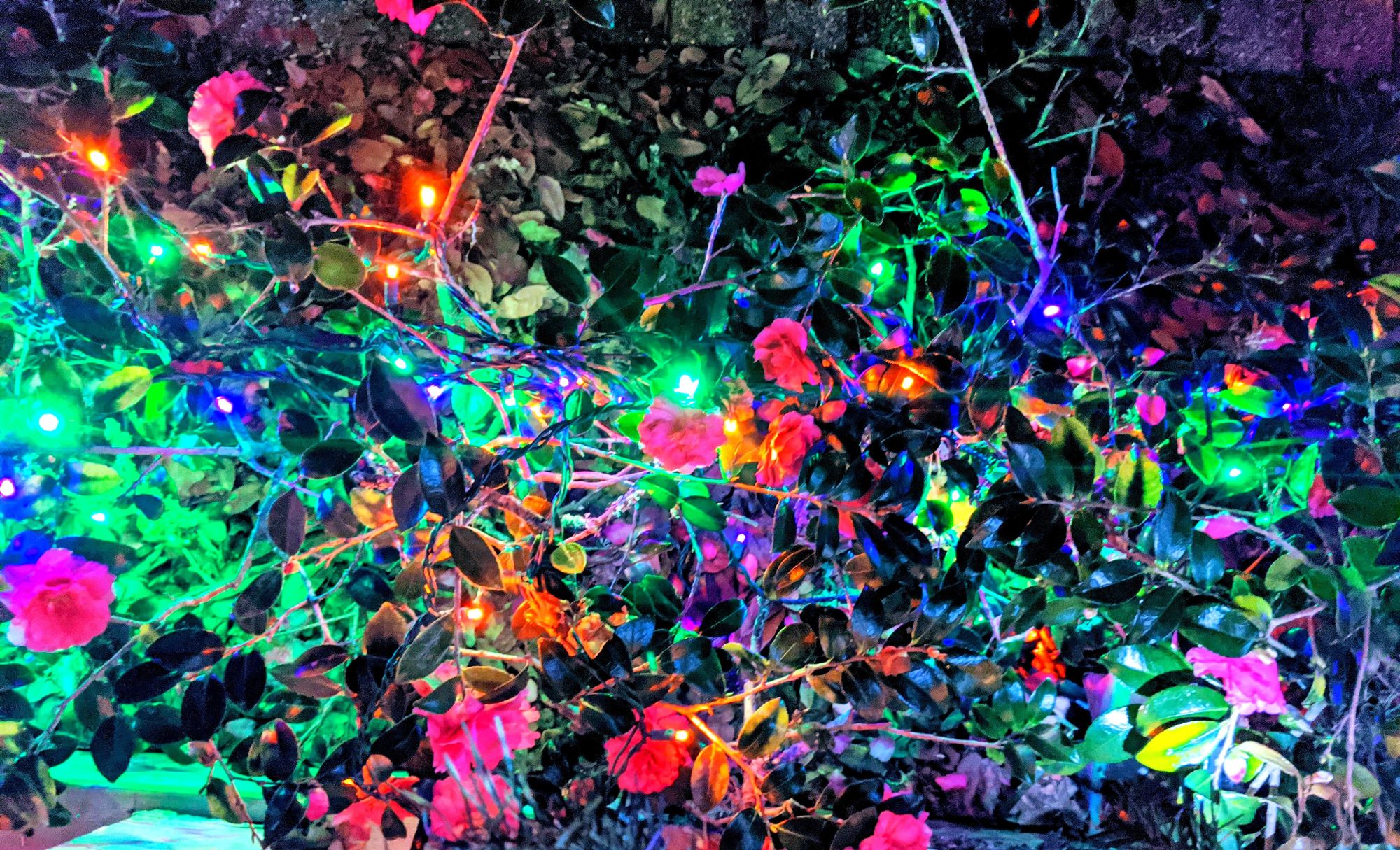 November Greetings to you all,

This month I started on-site research for a potential new book, very early days but it feels exciting. I also opened a Mastodon account as part of what has been dubbed the #twittermigration escaping Elon Musk-ageddon, and have written up some of my thinking about social media for this newsletter. If you are on Mastodon I would love to connect - @tansy@mastodon.lol

I'd also like to wave enthusiastically at anyone who is about to start buying presents for the coming season - copies of The Anti-Capitalist Book Of Fashion and Foot Work - What Your Shoes Tell You About Globalisation make really great gifts!

Why all the fuss about Mastodon?

Experiencing Mastodon has sent me back to my first memories of the internet. It started with a desk top computer in the cellar of my parents’ house exploring this thing called Napster (Napster was a music sharing site eventually shut down by copyright lawsuits). The politics of music sharing aside, to teenage-me Napster felt incredible. Previously, access to music had meant the radio, my parents’ collection, the tapes at the library, or saving up to buy a single or an album. I would hear songs I loved only to have them live as memories in my heart never to be heard again.

Down in the cellar (not a scary basement but a small low-ceilinged room with yellow walls and too much paperwork piled everywhere) I suddenly had access to any song I could think of. Film sound tracks played a big role in my Napster life, playing Grease II songs over and over again felt like a revolution. Jump forward a few years to when I got my first email address at university – nobody on campus really used it - and instead we organised anti-war protests using posters and word of mouth.

After that it was Facebook – a site born of Zuckerberg ‘ranking the attractiveness’ of his women classmates. I’m sad to say that since then my online life, and likely yours, has been controlled by a series of multinational corporations – Facebook/Meta, Twitter, Google, Tumblr, Amazon, Microsoft, Apple. I’ve been stuck in a series of actually scary profit-driven basements, working for free, being surveilled, manipulated and mined for profit – not exactly my teenage dream.

The internet was not supposed to be like this, so how did it happen? In Ten Arguments for Deleting Your Social Media Accounts Right Now, Jaron Lanier describes social media corporations as ‘behaviour modification empires’ with us as the products having our behaviours changed. While Professor Shoshana Zuboff’s work on surveillance capitalism defines what is happening as ‘the unilateral claiming of private human experience as free raw material for translation into behavioural data’ – data which is packaged up and sold for massive profit to anyone with ‘a commercial interest in knowing what we will do now, soon, and later.’

In addition to this drive for profit and the virulent hate that repeatedly targets women, people of colour and LGBTQ* people, there is also an inescapable alienation currently entrenched in social media. In a great three minute video, Professor Richard Wolff explains Marx’s theory of alienation – a useful tool for thinking about social media.

Wolff describes Marx’s thinking process on this subject – as a human you pour your brains and muscles into producing something, maybe an object or a service to help people, or maybe a beautifully crafted social media post. What happens next is a step crucial to understanding the impact of capitalism on human psychology. At the end of the working day, the capitalist you are working for – maybe your boss at work, maybe Elon Musk, takes what you produced and says "Go home. You're done here. Go home, eat something, sleep, and come back tomorrow, do it all again."

As Wolff says: “The thing that you produced is taken from you. It's alienated from you. Someone else who didn't work with you to produce it will decide what happens to it: where it goes, to whom it goes, for what purpose it is used.”

Your employer or internet overlord is going to take it, sell it, make money from what you produced, and you won't be involved - this is, I believe, even more serious when it comes to social media because in addition to your post being free labour, your psyche is also being sold – your intimate human experience, the networks of family and friends you exist in, things you like and dislike, all packaged up as data.

Wolff describes this loss of control over what we produce as “something like the little lesson learned by the three-year-old in the sandbox” when a kid comes over and steals your toy. It is loss without recourse to action. An upset child can be comforted by the adults in their life, but as an adult, no one comforts you. “It's the way the system works,” Wolff says. “You become disconnected from your own product, from something you've poured yourself into... A small unaccountable minority have taken your output and done whatever they want with it.” No one comforts you and that painful, psychologically stressful loss is what ramifies inside your personality.

I have felt it as an author, the need to commodify oneself to promote books – yes even books about anti-capitalism. The unpaid, unchosen and alienated labour for conglomerates and social media CEOs I despise so that they could make more money and trap more people into this system. I do not yet know what the escape route is, will any of us get to retire from social media labour?

This is not to say that everything about these sites is bad, Tumblr was cool and one of my bittersweet favourite books is Tweets From Tahrir which recorded the revolutionaries and citizen journalists who organised and documented the revolution in Egypt in 2011. Every campaign that has been spread via Twitter makes Musk’s takeover all the more galling.

The interconnectedness, the thoughts, writing, photography – and yes hilarity, we produce should not be a billionaire’s playground. Nor should it be a means for corporations to mine our intimate human experiences. We can celebrate connectivity while fighting against manipulation and mining being the price of that connection. As Professor Zuboff says: ‘It’s impossible to imagine surveillance capitalism without the digital, but it’s easy to imagine the digital without surveillance capitalism.’

The Fediverse - a fundamental misunderstanding

Having watched The Social Dilemma documentary and quit Instagram, I have continued to step away from social media, uninstalling it from my phone, not using it at weekends. Starting this newsletter was another move to build a new way of communicating – writing in-depth pieces via opensource and non-profit site Ghost.

In this context when someone suggested I join Mastodon, I recoiled at the idea of another social media account. But this was a fundamental misunderstanding of Mastodon and the Fediverse.

Mastodon is not a social media site, it is thousands of connected sites known as instances that all link together. There is no central site that can be bought by a billionaire. There is no advertising, no data mining, no algorithm that ranks posts by popularity, if you pick the right instance, anti-hate mechanisms are robust priorities. It is also entirely possible to set up and run your own instance with your own rules.

While Mastodon is not going to save the world and big questions remain about how it will evolve, it is a clear eyed step forward. Navigating it feels different - it feels free, it feels interesting, I am not working for anyone when I post, no one is mining my life or recording which posts make me pause for .5 of a second longer than others. The moderator of the instance I joined is an incredibly hard working gay man called Nathan who hates fascists – I’ve never met him but I trust him a hundred million times more than I trust Elon Musk. If I log on and spend an hour on Mastodon it is time that belongs to me and no one else.

Talking of Musk, when I now log onto the Bird Site it looks obscene to my fresh eyes, drenched in adverts and promoted posts with the algorithm pushing nonsense and hiding most of the content I am actually interested in. I am sad to see its potential reduced to such ignominy and fearful of what its loss will mean for campaign groups around the world – I hope many more will set up Mastodon accounts as a priority.

There is a simple way to combat alienation – be in charge of what happens to the fruits of your labour. Be part of the decision making process that decides what you build in your factory, what services your community needs you to provide, how your time can best be used, and how the surplus your labour creates is distributed and spent. This is a very rare experience under capitalism.

The Fediverse is not an experience to be missed. For me it points to the nurtured knowledge that I wrote about in The Anti-Capitalist Book Of Fashion about how the world does not depend upon CEOs, celebrities and monarchs: ‘That all production is innately social, that the source of all wealth and beauty is human work and the biosphere, and that unknown craftspeople are more worthy of remembrance and respect than any celebrity. We already have all the knowledge, power, and resources we need to rebuild a society that is equitable and sustainable and that provides for all.’

Come say hello on Mastodon: @tansy@mastodon.lol At the end of this newsletter are tips/guides for setting up an account.

This has ended up being my longest newsletter yet so just a couple of things here:

I am grateful to you for reading, please forward this newsletter to anyone you think might be interested.

p.s. TIPS! Mastodon is not that complicated – the main obstacle is choosing an instance to join. Choose a small one rather than a big one (so that no one instance gets so big it could be bought by someone like Musk) and if you can’t decide, come join Mastodon.lol [UPDATE: Mastodon.lol is now full with 75k members - but there are TONNES of other great instances to explore, not least the journalism ones, the solarpunk ones, Black Mastodon... have fun finding one that suits and make sure to read the rules carefully to see if it is a good fit for you.]

There’s a bit more learning to do – this is not Facebook fast food, it’s DIY nourishment you dig from the ground. Check out these guides if you get stuck: