Rana Plaza took ninety seconds to collapse. Its straining internal pillars buckled and cracked under the weight of too many storeys, too many machines and bales of cloth, too many human beings packed in tight rows.

Those ninety seconds caused the death of 1,138 people, a shattering web of death that first hit the industrial district of Savar, before spreading across Bangladesh to towns and villages where beloved daughters, sons, mothers, fathers, and friends would never again return.

Survivors left with life changing injuries both physical and psychological, orphaned children left terrified by loss, bystanders who pulled bodies from the rubble left haunted. A ninety second whip crack that echoed out through the world, the televised images of death tied by bloodied threads to the Made In Bangladesh labels hanging in every wardrobe, in every home.

Rana Plaza was not an accident. The dangerous nature of the building was common local knowledge. Major cracks had appeared the day before the collapse and on the morning of 24th April 2013, people employed in the Rana Plaza factories resisted the idea that they should even set foot in the building. Their resistance led to arguments and finally to an ultimatum: Go in and get to work or lose a month’s pay.

That moment should never be forgotten. It holds an eternal truth: The fashion industry places more value on the clothes it sells than on the lives of the people making them.

“Why do I have to die making clothes for foreigners?”

In the aftermath of Rana Plaza, unions and campaigners in Bangladesh and around the world worked tirelessly to stop it happening again. The ground-breaking Accord on Fire and Building Safety in Bangladesh was created – and brands were forced to sign up to a legally binding inspection programme that improved conditions in 1,600 Bangladeshi factories. The Accord is now drawing to a close yet not a single brand or retailer has signed up to a credible inspection programme that can replace it. The Bangladesh Accord should have spread around the world but instead, despite recent fatal fires in Morocco, Egypt and Pakistan, the effectiveness of the Bangladesh Accord is now being undermined in the country of its birth. If the Accord dissipates, the fashion industry will remain mired in rubble, flames and blood.

Brands’ dismissal of the Bangladesh Accord is mirrored by their approach to the Coronavirus pandemic. In parallel with Rana Plaza we see the same truth: Clothes are more valued that human life. For all the fancy greenwashing brochures written by overpaid ‘sustainability’ executives, nothing has changed. Multinational corporations have responded to Covid-19 by bringing thousands of small factories to their knees with cancelled or withheld payments. Across the industry, in Guatemala, Honduras, India, Indonesia, Cambodia and Myanmar garment workers have sickened and died while stitching hoodies, leggings, jeans, t-shirts and bras. Only last week, a question from a garment worker in India was relayed to me: “Why do I have to die making clothes for foreigners?”

Eight years after Rana Plaza we still witness the expectation that risk, either in the global economy or on the factory floor, should be borne by the world’s poorest people. As with Rana Plaza, those picked to be made so unbearably unsafe during Covid-19, those whose lives have been weighed and found to be worth less than profit, are overwhelmingly women in the poorest parts of the Global South. And as with Rana Plaza, they have faced the same ultimatum: Work in a death-trap or starve.

The logic of profit

Rana Plaza, and the uncounted multitude of Covid-19 deaths, speak to a long history of violent exploitation. The artwork at the start of this essay is Horrors of Fashion Factories - Exploitation as a business model by artist Amneet Johal. As Amneet explains: “the photomontage superimposes a photo of the Bengal famine over an image of the Rana Plaza tragedy to draw parallels and make visible the postcolonial infrastructures that exist and are built on colonial foundations.”

The horror of the 1943 Bengal Famine, engineered by Churchill and colonial British attitudes towards India, caused the deaths of three million people. The British Empire exerted its reach around the world through colonialism, slavery, military force, terror and financial weight, its rule allowed for the colossal extraction of wealth.

The renowned Indian Marxist, Professor Utsa Patnaik, calculated that between 1765 and 1938, Britain drained $45 Trillion from India. To attempt to put this staggering figure into perspective, Britain’s entire GDP for 2018 was approximately $3 trillion. The looting of this wealth over centuries caused incalculable damage even while it built British infrastructure.

What we see today in the garment industry are the latest iterations of this colonial exploitation. We still live in a world where life and dignity are repeatedly sacrificed to a system that values profit over people. Never forget that fashion brands make their sourcing decisions deliberately – following colonial pathways to industrial sites where they can evade the standards that keep people safe and where they think any resistance to their crimes can, and will, be crushed.

This colonial exploitation is backed by deeply unequal global financial systems. The reason over 4 million Bangladeshis work in fashion production is because Bangladesh was steered into treacherous overdependence on clothing exports by the neo-colonial polices of the IMF and World Bank. These institutions pushed for Bangladesh to abandon dreams of self-sufficiency and instead enter a dead-end in the global economy as a source of intensive, extremely low-paid labour. Forty years later, Bangladesh remains in this precarious trap, creating vast profits for some of the most powerful multinational corporations in the world while being unable to achieve financial stability. In today’s world ‘fashion’ is just a word the robbers wrap their spoils in.*

So if the threads of imperialism never went away and if the death-trap factories and repressive export zones of India, Pakistan, Bangladesh and beyond stand on foundations of exploitation built centuries ago, what does opposing this look like?

First of all, anti-imperialism is the belief that every single person has the right to a dignified life free from oppression and full of joy and opportunity. Secondly anti-imperialism necessitates understanding the systems that prevent this from happening: The logic of capitalism and its drive for profit at any cost.

Returning to Rana Plaza, corporations deliberately sought out those illegally built factories because they wanted to source clothes as cheaply as possible in order to maximise their profits. Our job therefore is twofold: Work in solidarity with people on the sharp end of exploitation in the garment industry – the unions in Bangladesh who face daily threats and attacks for their work, the women fighting gender-based violence in India, the workers struggling for building safety in Pakistan. At the same time we must build a global movement capable of ending the violence against garment workers and bringing about structural change.

British colonial rule was not dismantled by appealing to the better nature of those at the top of the system. In the garment industry, change will not come from asking CEOs to grow a conscience or by focusing on individual shopping decisions. Change will come only when the capitalist systems that allowed the industrial homicide of Rana Plaza to take place, have been dismantled. That change starts with practical, collective action.

(* After Percy Bysshe Shelley: Monarchy is only the string that ties the robber's bundle.)

‘We all know what goes on. We all know that workers in countries like Bangladesh work gruelling hours for a few pence a day. We all know that there is tangible risk of death for these workers every day single day – whether that’s risk from the machinery they use, from the conditions they are compelled to work in, or from the very fabric of the building they are forced to call their workplace.

My approach was to ask why – why is this allowed? Why is death acceptable as a tangible risk in any business model? Within my piece, I aim to explore the postcolonial structures that allow for these exploitative business models to exist under the guise of a country’s development and progression - structures that have been built on a foundation created over a century ago. A foundation of power, greed, and white supremacy – a foundation that today holds up the fashion industry’ - Amneet Johal

Amneet Johal is an artist who explores experiences, behaviours, structures, and systems through writing, drawing, storytelling, and comics. She is the Head of Programmes at the Centre of Knowledge Equity, a member of Alternative Press, and a co-organiser of Small Press Day. https://www.instagram.com/amneetjo/

Artwork created for the 2015 Bread & Roses Award in response to shortlisted book Stitched Up - The Anti-Capitalist Book Of Fashion. 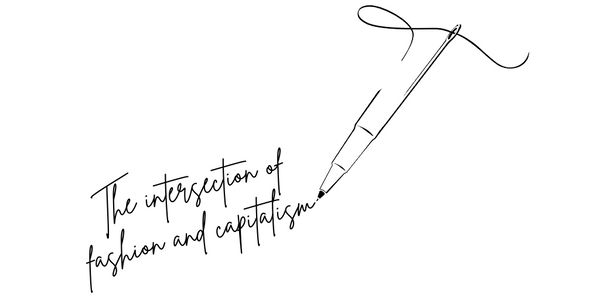 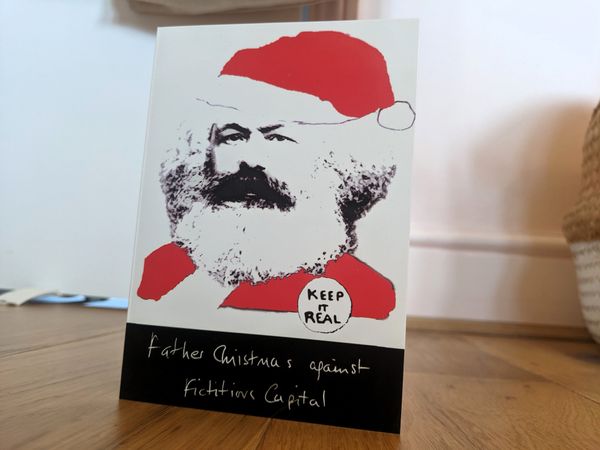 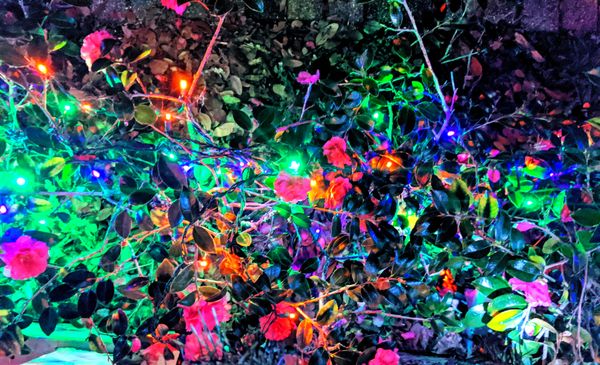