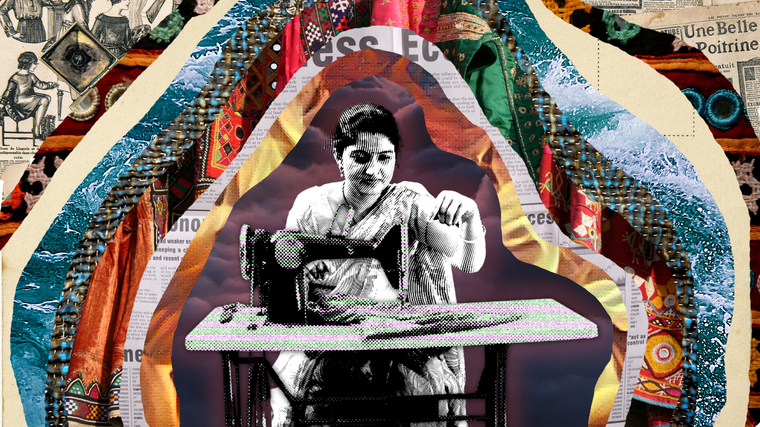 Extra special greetings to all the people who have just signed up for my newsletter, it's important to connect with each other in these increasingly uncertain times. It feels bleak to be writing this in the context of yet another horrible invasion and war. I've just read this extraordinary piece about families fleeing to the border by Ukrainian journalist Tetiana Bezruk who you might like to follow on Twitter.

My personal news is February brought the loss of a friend, comrade and teacher and has left me reeling ever since. Neil Faulkner, who I wrote about here, played a huge part in my first book Stitched Up. Having just rewritten the book for publication later this year it is deeply painful to be going through a manuscript containing so many memories.

As a result, this isn't going to be a normal newsletter, but I've got two things to share. The first is some Major Book News and a **Book Giveaway** followed by an article I recently had published.

FOOT WORK - What Your Shoes Tell You About Globalisation

So first up...after a pandemic delay of two years(!) the paperback of Foot Work is out this week on the 3rd March 2021. The tag line now reads What Your Shoes Tell You About Globalisation and I've written a new prologue on the catastrophic impact of Covid-19 on workers, and the role of footwear in a pandemic.

It feels nice to announce something cheerful - I'm giving away three copies of Foot Work via this newsletter. To enter the giveaway please email contactansy AT gmail DOT com with your favourite shoe related song. I'll pick three winners out of a hat and email back for addresses.

It was super weird to have a book come out just as lock-down hit, but I still love this book and am proud of the years of research that went into it. It features interviews with 90 people from 28 different countries around the globe. New Internationalist called the book ‘a superb primer on everything that is wrong with our world – and how we can start to change it.’ While Nature said it is a 'pioneering and pugnacious study.' If you'd like to buy a copy, links are HERE.

‌Violence against women garment workers increased during the pandemic

I had an article published on the rise in gender based violence and harassment (GBVH) experienced by garment workers during the pandemic. The piece was based upon a huge body of research from the Asia Floor Wage Alliance who have been recording the experiences of garment workers in six countries. Reading through the report and additional testimonies was harrowing. The verbal, physical, and sexual violence women experience both in factories and at home directly link back to the purchasing practices of fashion retailers. The denial of a living wage in the garment industry traps women in abusive jobs and homes, with no savings to help them leave even the worst scenarios. This quote from the report has stuck with me: “The fashion industry, despite being a modern capitalist industry, relies on and strengthens pre-capitalist patriarchal relations in supplier countries as a central means to amass wealth.”

If you are interested in the topic of ending GBVH in the fashion industry, I am doing a talk about this on the 4th March - in English with German translation.

The garment industry is really on the boil at the moment - with widespread strikes and violence, and the first anniversary of the military coup in Myanmar. These are some of the things I am keeping my eye on in the industry right now:

I am now off to join the picket line at Central St Martins University in Kings Cross. I was supposed to be doing a guest lecture there today but as University and College Union (UCU) are on strike I will not cross the picket line.

In solidarity, and in full condemnation of this war, Tansy.

p.s. 'The journey of writing—of mourning—has no final destination.' I know a number of you subscribed after reading my obituary for Neil Faulkner. If you are grieving, I found this article on losing a mentor helpful.

p.p.s. This is why the UCU strike is taking place at the University of the Arts (UAL) which includes many major UK fashion schools:

1. Falling pay. Since 2009, university staff pay has been effectively cut by nearly 20% in real terms.

2. Unsafe workloads. On average staff at universities perform 2 days’ unpaid work every week. This is completely unsustainable and has a serious impact on staff’s stress levels and health, and ability to support students in the way staff would like to.

3. Precarious employment practices. Casual contracts – staff employed on hourly or fixed-term and other non-permanent contracts – remain widespread. 2,300 of our lecturers at UAL are on insecure contracts and living with high levels of uncertainty from year to year. Across the sector the majority of those on temporary contracts do 45% of their work unpaid.

4. The gender and ethnicity pay gap. The universities’ own analysis highlights that women and black and minority ethnic staff experience significant pay discrimination. At UAL it is BAME staff who are suffering this worst.